Find out how Mr. Sticky’s Franchise Group
can help you grow a business and achieve success.
LEARN MORE

LEARN HOW TO BUILD YOUR OWN SMALL BUSINESS
AS MR. STICKY’S FRANCHISE GROUP FRANCHISEE.
LEARN MORE

What Do Our Customers Think About Us?

OVER THE YEARS, MR. STICKY’S HAS
MAINTAINED THAT SAME DELICIOUS QUALITY
Thomas M
A piece of heaven

By far these are the best Cinnamon buns, you’ll ever taste. Visited there yesterday all the way from South Jersey, its worth the trip for a cinnamon bun aficionado! They never fail to be great tasting.

Dave D
Take these to work!!

Delicious. Take some to work and you will be the star of the office! They have many options such as icing and nuts. When they are hot, there is nothing better.

I am a local and love these sticky buns. The employees at this little gem are always so friendly!! The prices are phenomenal and whichever Sticky Bun you get, with or without nuts, will be a delicious treat. They are big enough to share, if you really want to. 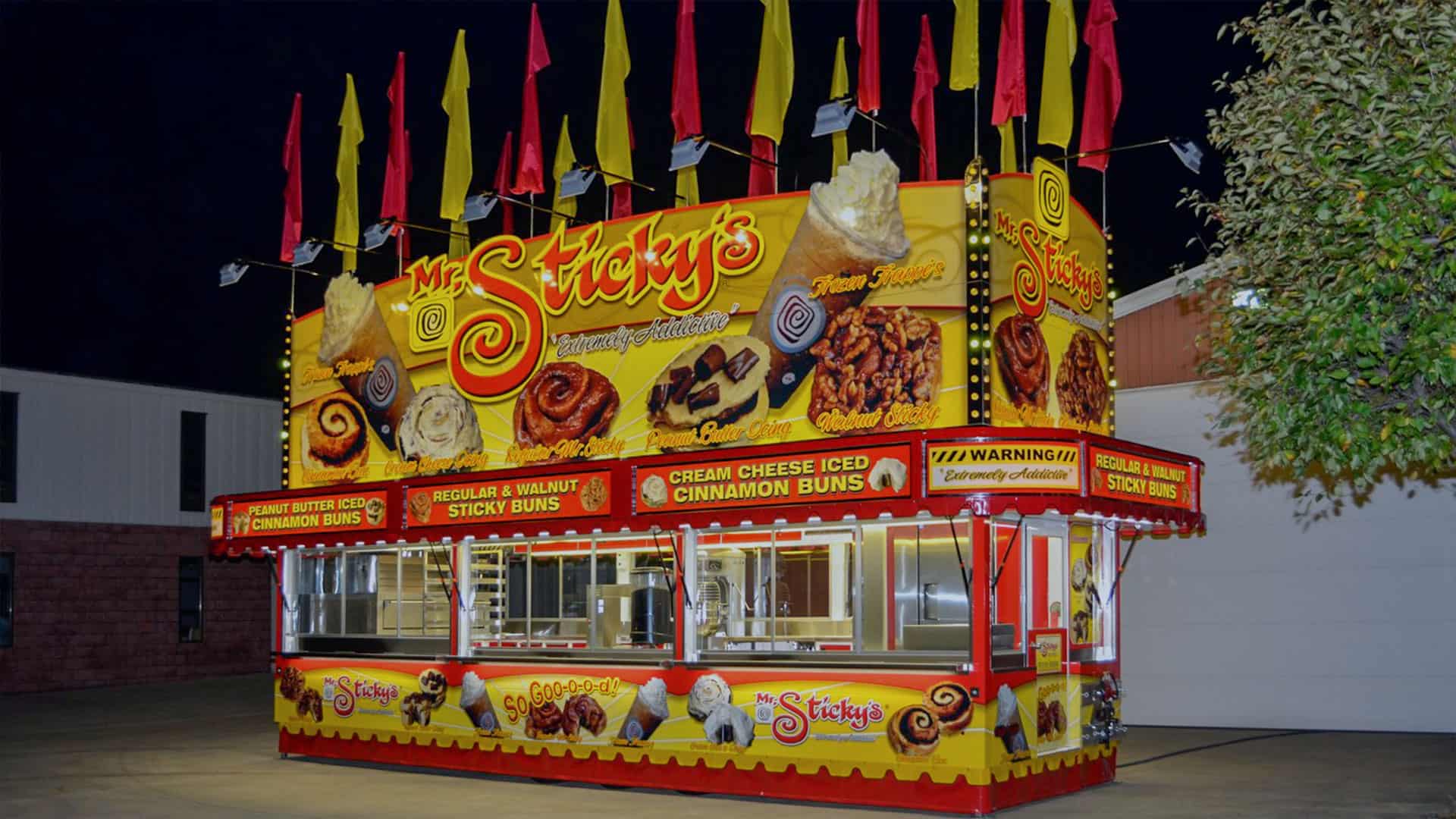 TAKE THE FIRST STEP ON YOUR JOURNEY TO
BUYING A FRANCHISE AND BECOMING AN OWNER/OPERATOR.
CONTACT US

Mr. Sticky’s, Inc. (MSI) has been in business for over 12 years, and is currently operating out of two locations and four mobile trailers. The trailers are used for fairs, carnivals, festivals and fundraisers as these opportunities present themselves throughout the year.

Mr. Sticky’s® Inc. started as a family business created and operated by Phil Poorman, his wife, and four children. In the beginning, the family was preparing and serving food in the Boarding House Restaurant at the Grange Fair and Encampment located in Centre Hall, Pennsylvania. A well known Sugar Valley baker, who was a cook at the restaurant, shared a sticky bun recipe with Phil. After several months reworking the recipe, an EXTREMELY ADDICTIVE STICKY BUN appeared on the breakfast buffet at the fair. As is often said, “The rest is history.” However, let us tell you the rest of the story.

Sticky buns were no longer just for breakfast anymore. It wasn’t long before a second concession trailer was on the road with both trailers featuring fresh coffee and Mr. Sticky’s Homemade Sticky Buns.

Due to year-round demand and the cold weather during winter time, especially when baking starts at 4 o’clock in the morning, it became obvious that Mr. Sticky’s needed a permanent location. Mr. Sticky’s, Inc. is now located in a permanent building, in the Golden Plaza, at 1948 East Third St, Williamsport, PA. We offer “Extremely Satisfying” sandwiches on Mr. Sticky’s homemade rolls, homemade soups, and salads. Our “Extremely Awesome“ customers may use our drive-thru window or pick up at the counter inside and relax in our dining area where temptation to eat dessert first is always present.

With four varieties of buns it is hard to decide which is the best: the regular Mr. Sticky, the walnut sticky, or the cinnamon bun loaded with Mr. Sticky’s own cream cheese icing or peanut butter icing topped with milk chocolate curls; so, come in, indulge, and you decide.